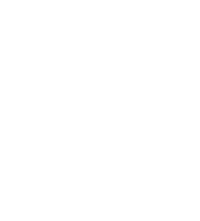 Your jewelry may be your most precious possession. Protect it with GemShield® personal jewelry insurance.

Send Us A Message

Compliments, Concerns or General Questions? Please feel free to leave us a message here and someone will get back you as soon as possible.

Jose was born in Cuba and came to the States at the age of 3. In January 2007 he joined the Wexler family as a policy processor and on his road to becoming a manager, he has held many hats within the company. He is passionate about his team, the business and assisting others. He is happily married and has two sons: one an 8-year-old football player and the other a newborn. Jose is a strong believer that with teamwork and an open communication anything is possible. 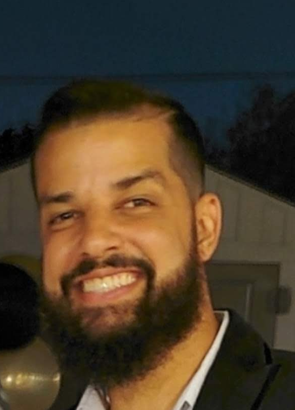 Marc started with Wexler in 2006 after closing the second of his two jewelry stores. He comes from a family line of jewelers including his father and uncle who started the first store back in 1945. He took pride in the relationships he developed over the years and was known for his knowledge and honesty. Upon leaving retail it was a logical transition to start insuring jewelry stores. Marc continues with the integrity, fine service, and commitment to his clients. Marc is married with three adult kids and four grandchildren. 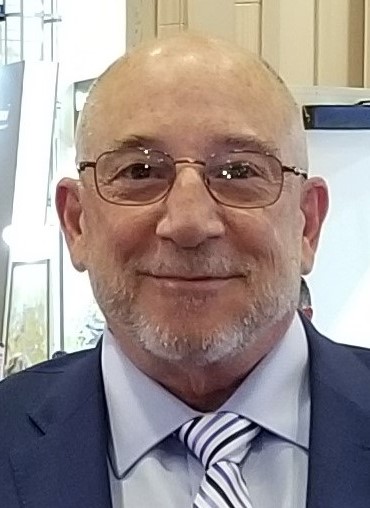 Since 1988 Seth has been a leading Global Insurance Broker, handling the needs of the Jewelry, Fine Art, and Luxury Brand industries. Seth’s is dedicated to being a true asset for his clients. 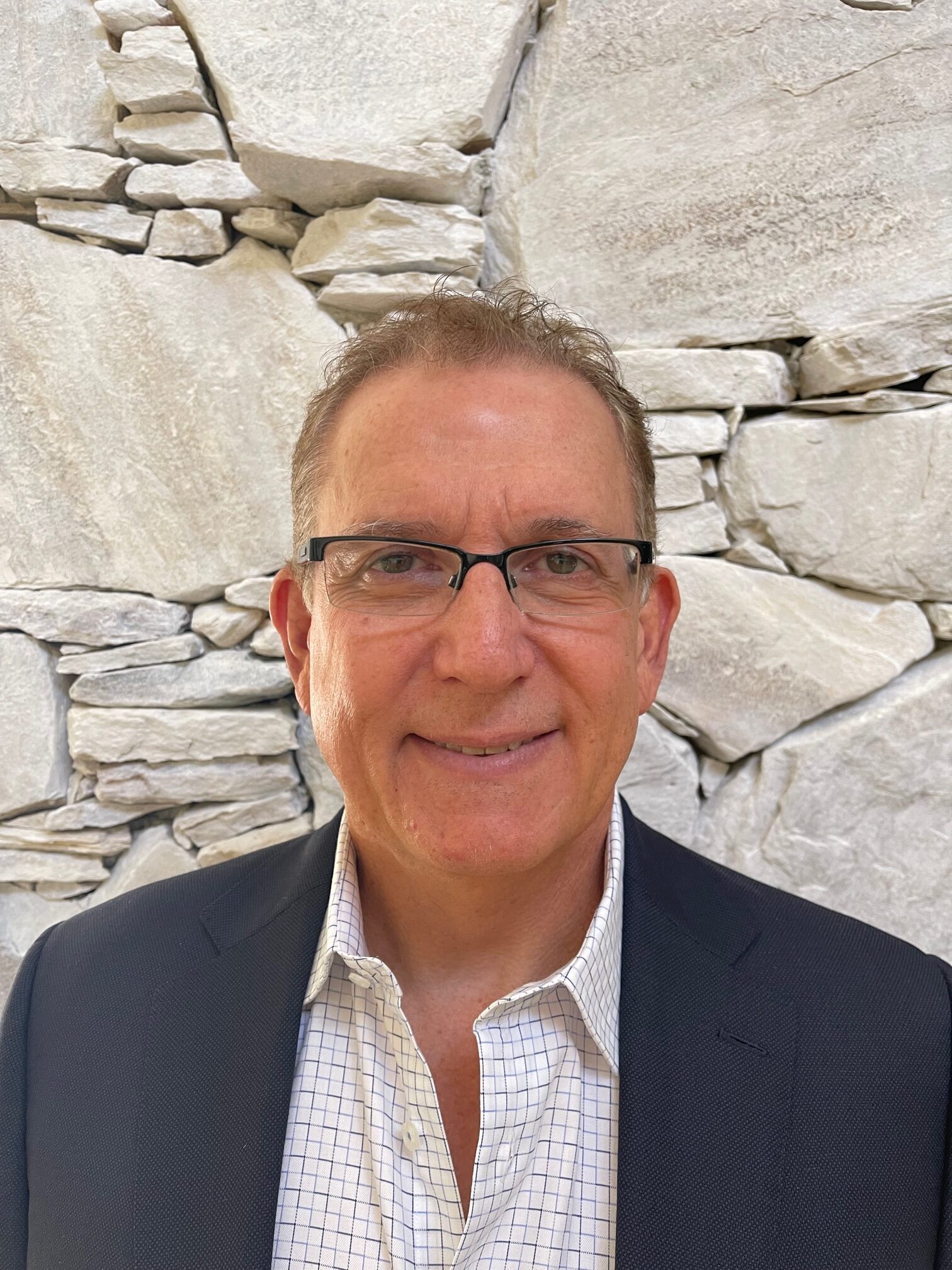 Lisa was born and raised in Miami Florida and started with Wexler in 2000. She attended the University of Miami graduating with a bachelor’s in business administration with a major in marketing. She has been married for 35 years and currently resides in Palm City, Florida. She has a grown daughter and son that are both married, and she spends as much time as she can with family when she isn’t working. She loves being an agent and helping her clients. Her hobbies include pickleball, golf and travelling. Her golden rule has always been to treat others the way you want to be treated. 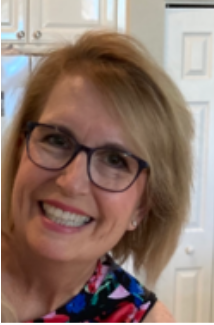 Victoria Edwards is an Account Executive and Producer in our Southern California Office. She has specialized in Jewelers Block and Fine Art insurance for over 20 years. Before joining Wexler, Victoria worked at Sotheby’s Auction House in New York and Beverly Hills. 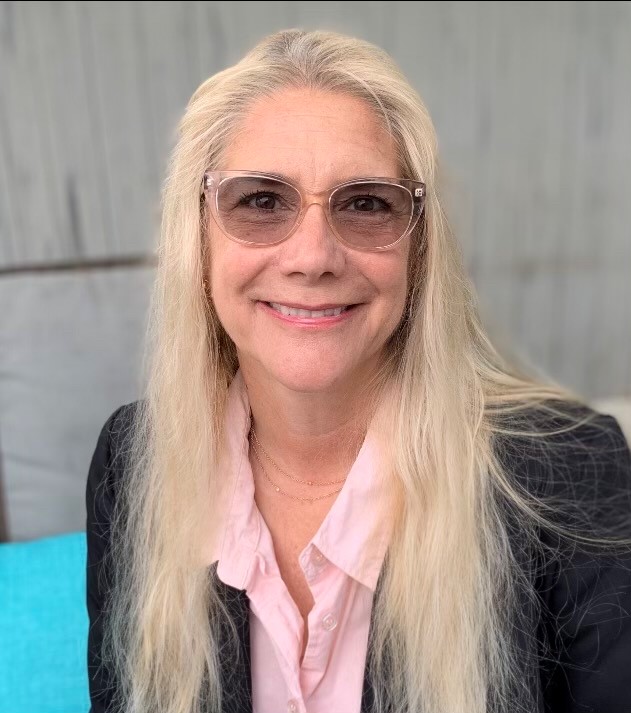 Jacob began his career with Wexler in 2014 and has served positions in various departments. He graduated from Florida State University with a bachelor’s degree in risk management and Insurance. Prior to joining the Wexler Team as an Account Executive/Producer, Jacob interned with Brit and MS Amlin in London, as well as Arthur J. Gallagher UK and Arthur J Gallagher in Miami. Jacob is licensed in all 50 states and focuses on commercial property & casualty insurance with a specialization in Jewelers Block & Pawnbrokers Insurance. 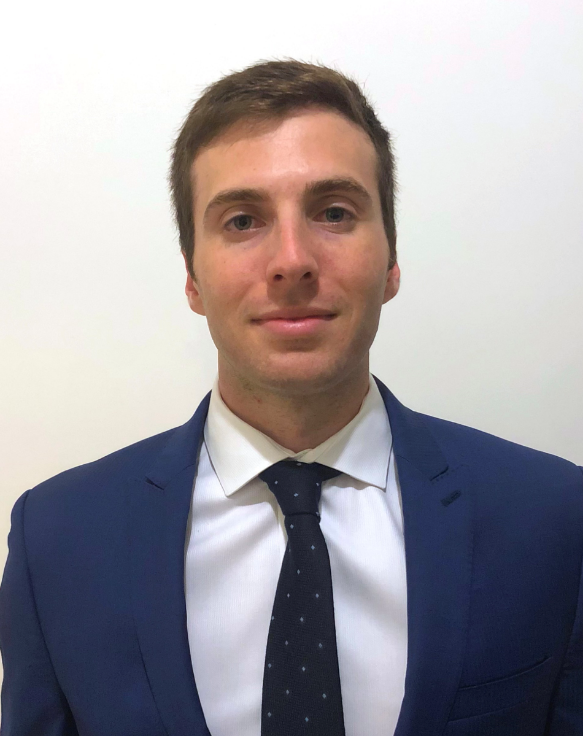 Tyler was born and raised in South Florida and followed his parent’s legacy of graduating from Florida State University where he majored in Risk Management Insurance. He now enjoys living in sunny Southern California. He has been a producer with Wexler since 2017. Tyler prides himself on providing first-rate service and creating relationships with his insureds that go beyond any transaction. 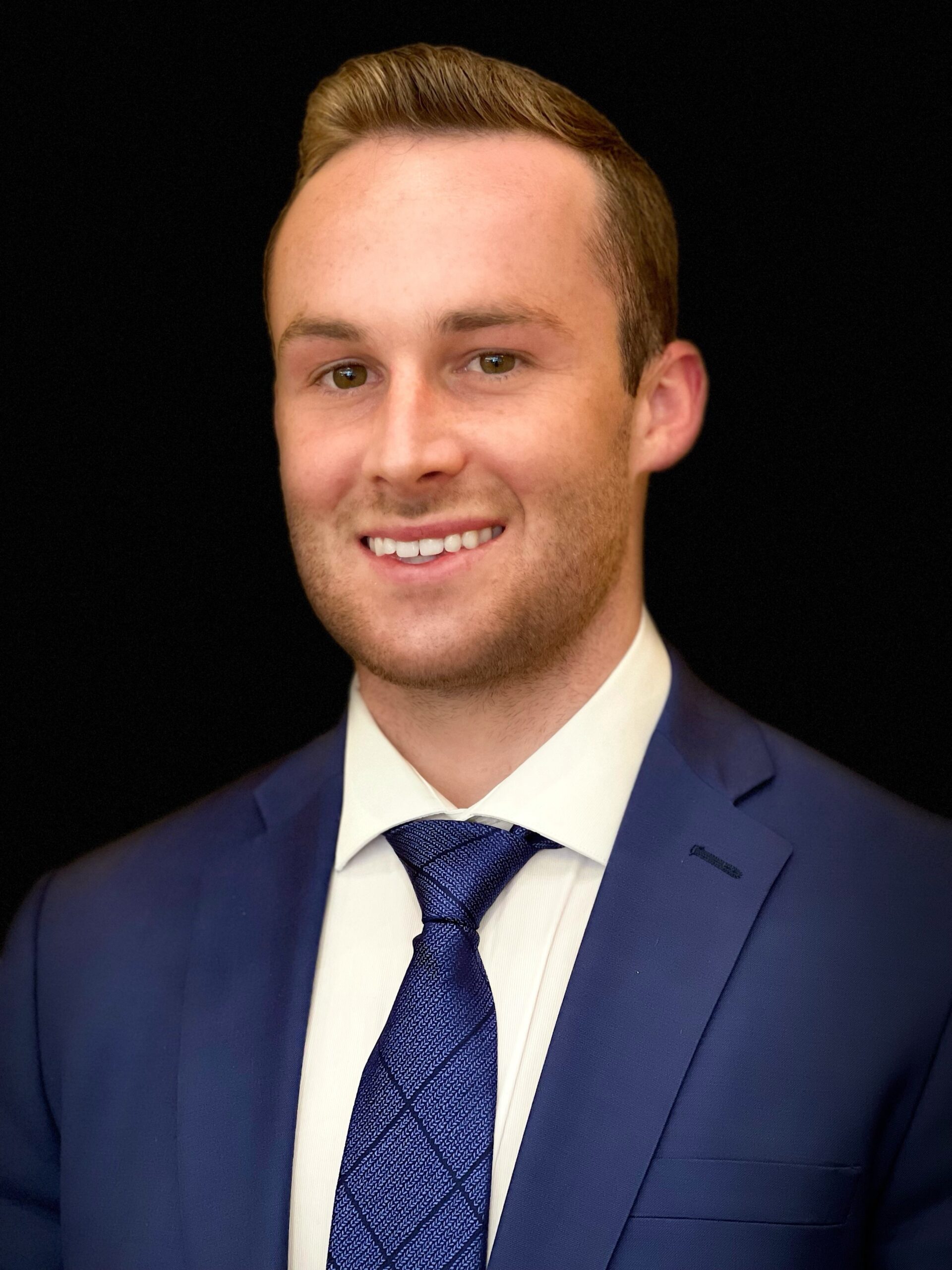 Suzanne (affectionately known as Suzie) started her sales career selling copiers, main-frame software, and programming tools. She was then recruited as a Corporate Director at Tiffany & Co, selling recognition Business to Business. Through her friendship with Paul Isaac, she learned about Wexler Insurance Agency, and the rest is history, being a part of our team ever since. Suzie loves that she has had the wonderful opportunity to chart her own course. 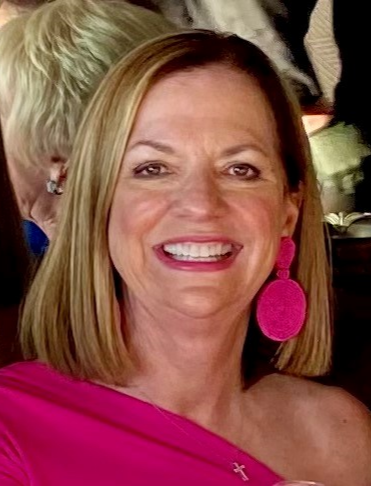 Shayna Isaac Citron began her career with Wexler Insurance Agency in 2001. Ms. Citron’s areas of expertise are within the high commodity industries and the insurance necessary to protect them. Shayna’s exposure to the jewelry industry began at an early age in her family’s jewelry store that was founded in the 1940s in Beaufort, South Carolina. This positioned her to fully appreciate her jewelry clients’ challenges as well as successes. With many different insurance carriers to choose from, Shayna is dedicated to obtaining the most dependable coverage for her client’s property and their liabilities. Prior to representing Wexler Insurance, Shayna was the Director of a Corporate Wellness Center in Alpharetta, GA. Shayna earned a Bachelor of Science in Public Health from the University of South Carolina and is a licensed Property and Casualty Insurance Agent and Broker. She currently resides in Golden, Colorado with her husband and two children and has clients throughout the United States. 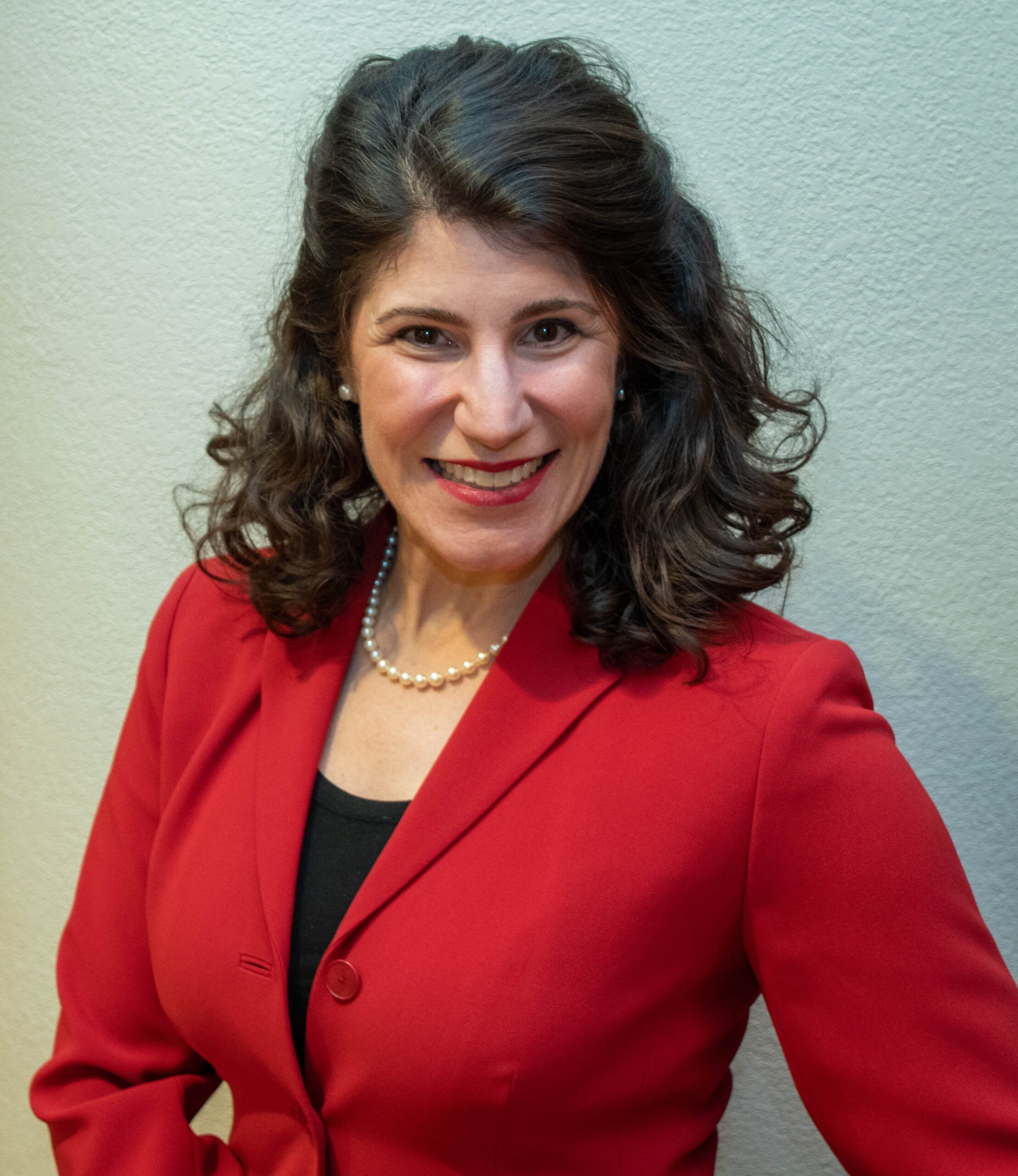 Lauri joined the Wexler Team in 1999 as an Administrative Assistant before transitioning to the Claims/Survey Department in 2005. She is the first point of contact for clients reporting a claim. She strives to quickly determine the appropriate course of action for a client filing a claim and then guide them through the reporting and resolution process. Along the way, she is available to address questions and serve as a liaison between the client and their insurer. In her spare time, she enjoys spending time with family and friends. 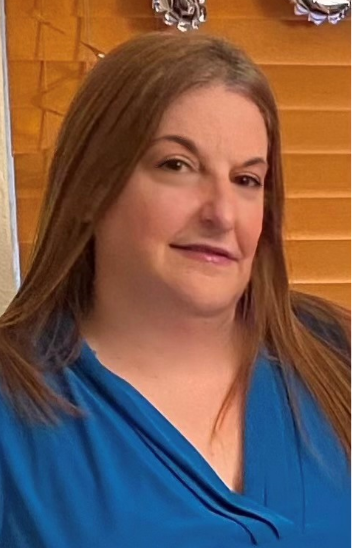 Jordan has been with Wexler Insurance since 2014. He is a graduate of Florida State university, with a business degree in Insurance/Risk Management. Jordan also previously worked with Arthur J. Gallagher to gain experience and broaden his knowledge of the insurance industry. Jordan is a dedicated insurance professional who goes the extra mile to service the insurance, and other risk management needs, of his clients. 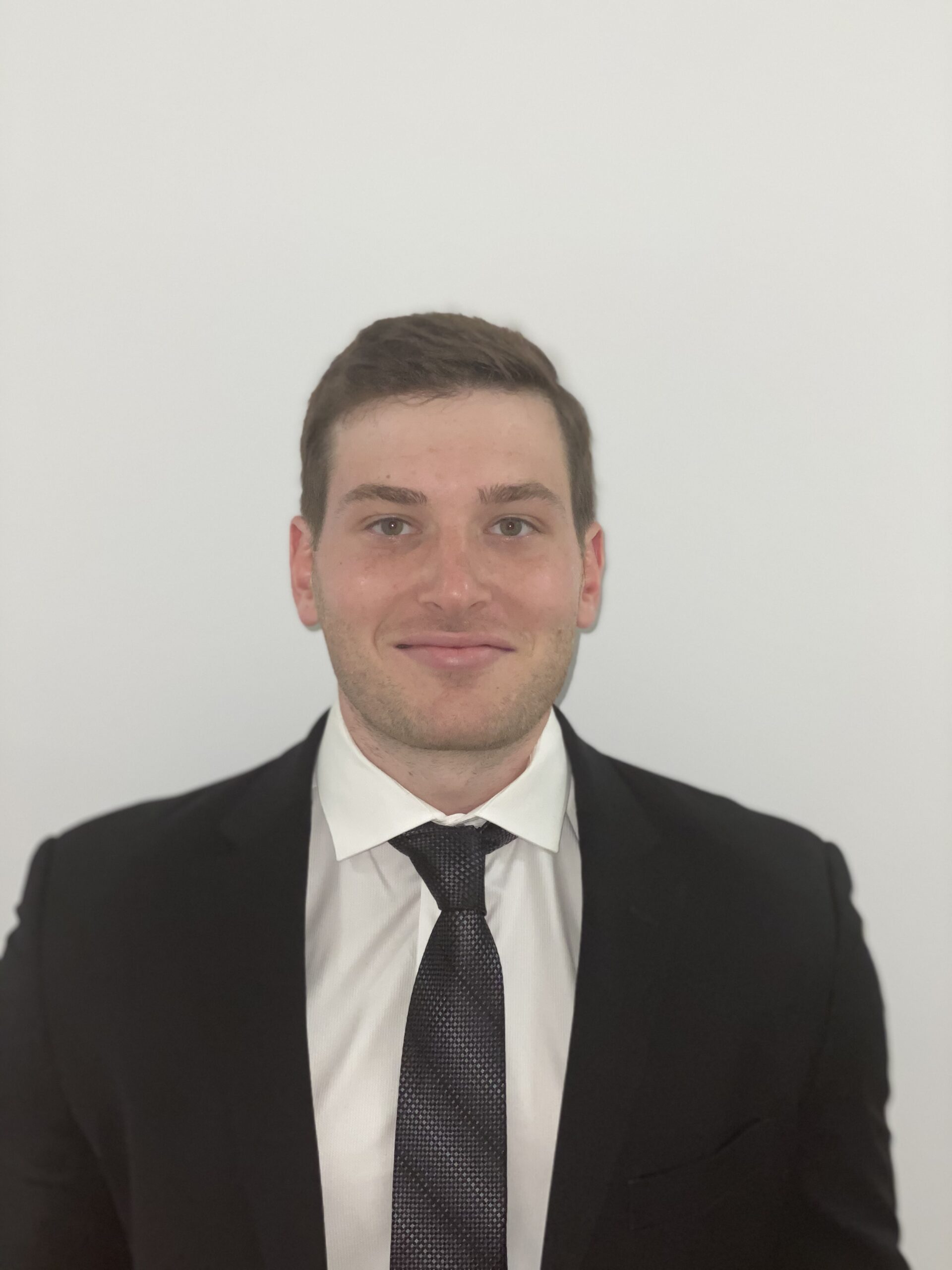 Gary began his career as an insurance producer at Wexler Insurance Agency in 1992. He was directly responsible for creating several specialty lines insurance products including Wexler’s Pawnbroker Package Policy. Gary became an owner of Wexler Insurance Agency, Inc. in 1997, and he was the founding partner of Wasserman & Wexler, LLC. During his tenure at Wexler, he successfully consummated several mergers and acquisitions including the recent sale of Wexler Insurance Agency, Inc. and its affiliated companies to Jewelers Mutual Group. In addition to serving as Vice President of Wexler Insurance Agency, Inc. for Jewelers Mutual Group, he is a Lloyd’s Coverholder and licensed insurance broker. His extensive knowledge of insurance includes Jewelers Block, Fine Art, Pawnbroker Package Policies, Cash in Transit/Check Cashing/ATM Coverage, General Property & Casualty, Kidnap & Ransom, Workplace Violence and Professional Lines such as E&O, D&O EPLI and Cyber Liability. His clientele consists of a wide range of customers from large publicly traded companies to small mom and pop businesses. 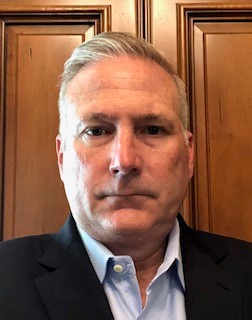 Erika has been working with Wexler Insurance since January of 2017. She was born and raised in Miami, FL and has since moved to New Jersey. She earned her bachelor’s degree from the University of Central Florida and her Master’s and Specialist’s Degrees from the University of Florida. Erika grew up learning about insurance and the importance of customer service from her father, who has been in the insurance business his entire working life. Erika is a hardworking agent who is dedicated to ensuring her clients have the best policy to fit their needs. 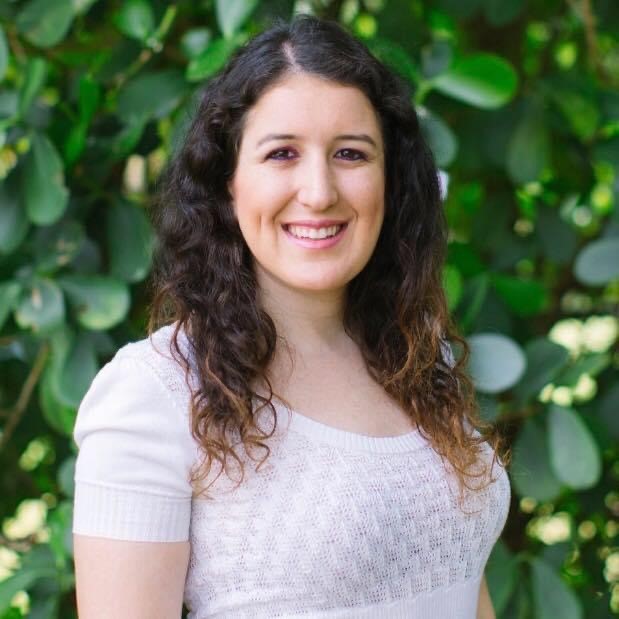 Pinchas has been an Agent with Wexler Insurance Agency, Inc. since 1999. His first experience in the jewelry industry was as a diamond cutter in 1979. Pinchas graduated as a Graduate Gemologist from the Gemological Institute of America in 1989, is a lifetime member of the GIA Alumni Association, and a past owner of a retail jewelry store. With this vast knowledge of the jewelry industry, Pinchas is able to advise his client’s regarding coverage, security, as well as any other aspects that will aid to ensure optimal coverage Pinchas is a hands on agent who looks forward to taking care of his clientele. A native of Miami Beach, he is married, has seven children and nineteen grandchildren. 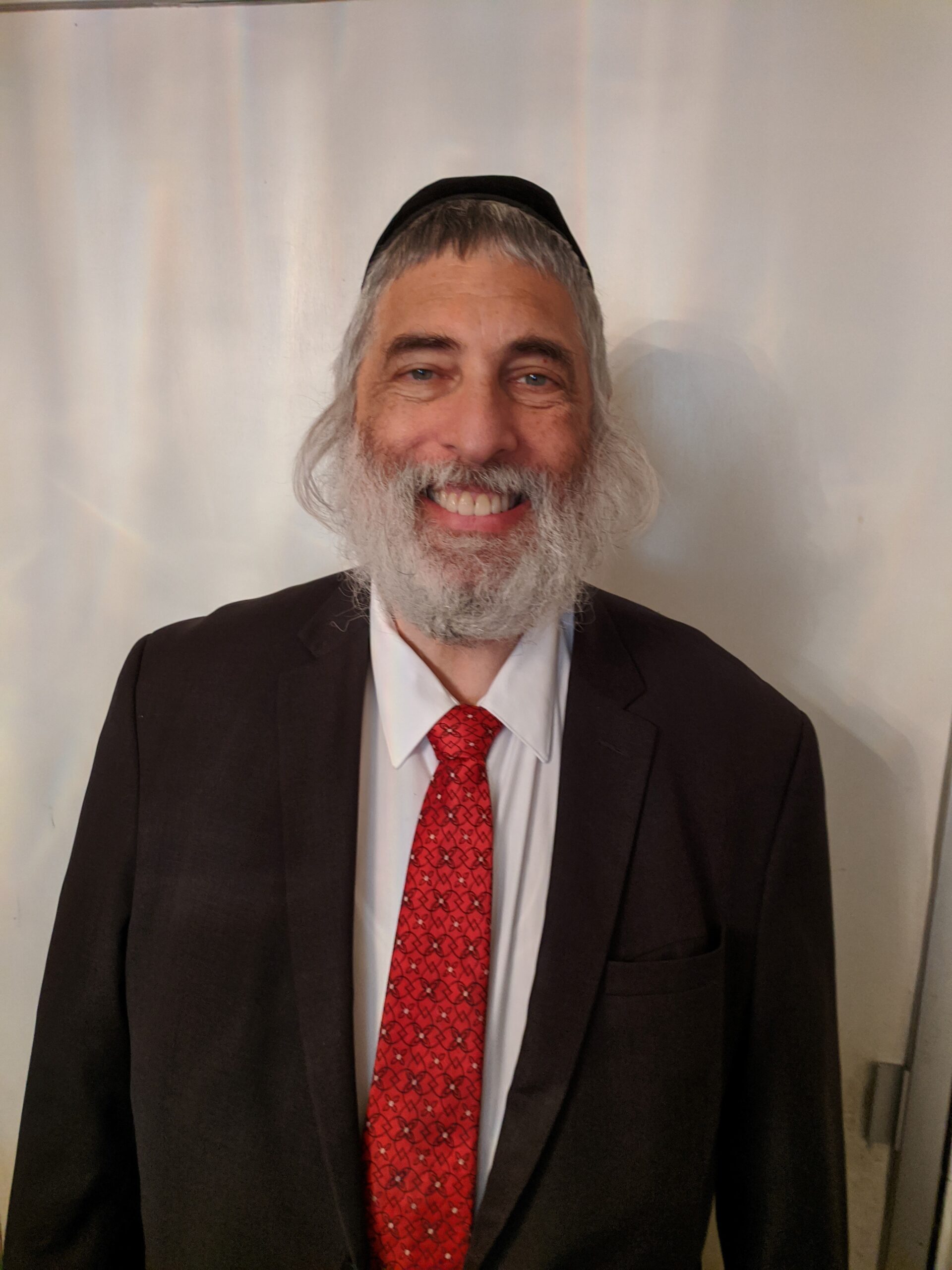 Patsy joined our team in November 2017. She has been in the insurance industry since 2006 and started as a customer service representative at an Allstate Insurance agency. Her passion is to assist others, build strong customer relationships, and drive brand loyalty. Patsy loves what she does and is always eager to learn more. She enjoys spending time with her family and do-it yourself projects. 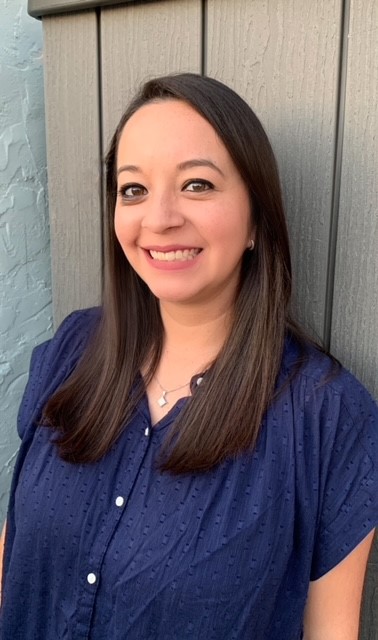 Steve has been in the insurance business since 1981 and has been a licensed insurance agent since 1985. Steve was formerly the president of Wexler Insurance until its sale to Jewelers Mutual in 2020. Specializing in placing Jewelers Block policies and all types of insurance coverage, Steve has always pride himself on exceptional service and trying to understand the needs of his insureds to help their business grow. Steve is married, has two children in the business with him, Erika and David, and resides in Pinecrest Florida. 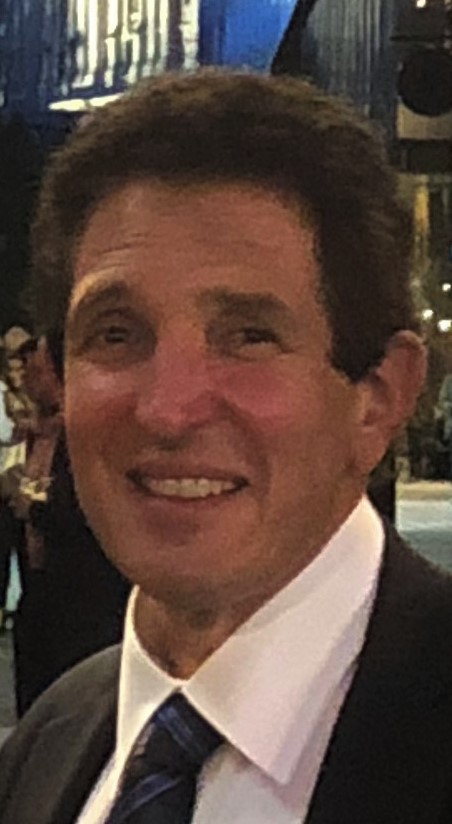 Amanda Schaeffer is an Account Executive and Producer in our Cincinnati, OH office. She specializes in Jewelers Block with over 15 years of experience. Amanda began her career with an internship for International Jewelers Block and Fine Arts Services, in their personal jewelry department. Upon graduating from Xavier University in 2002, she began with Wexler Insurance with a focus on Jewelers Block and commercial lines. Her free time is dedicated to fun adventures with her husband of 10 years, Michael, and their 4-year-old triplets. 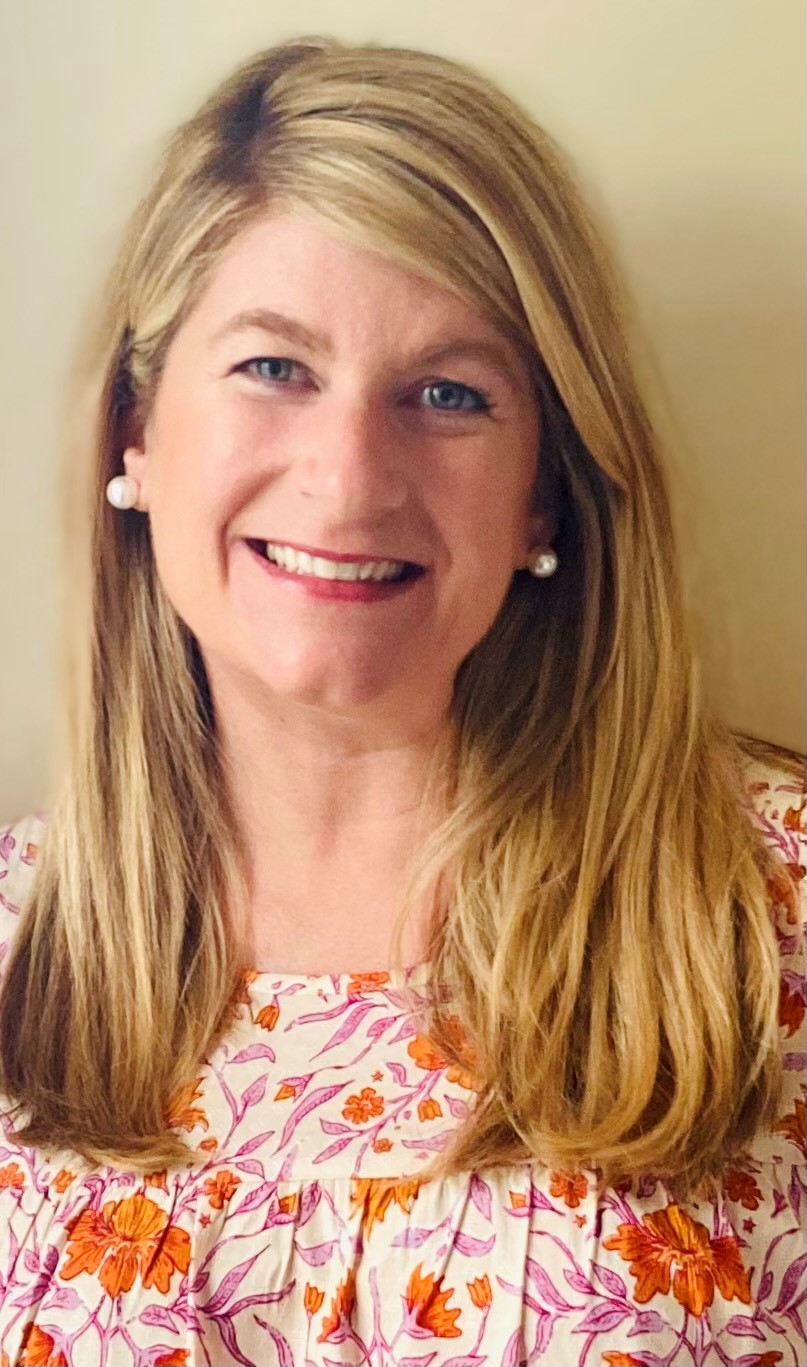 David joined the Wexler Insurance team in 2018 after graduating with his bachelor’s degree from the University of Central Florida. He comes from a generation of insurance agents, with both his father and grandfather working in the industry for many years. Needless to say, insurance runs in his blood. As a hardworking and dedicated agent, he will go above and beyond to make sure his clients get the best possible service and policy to suit their needs. 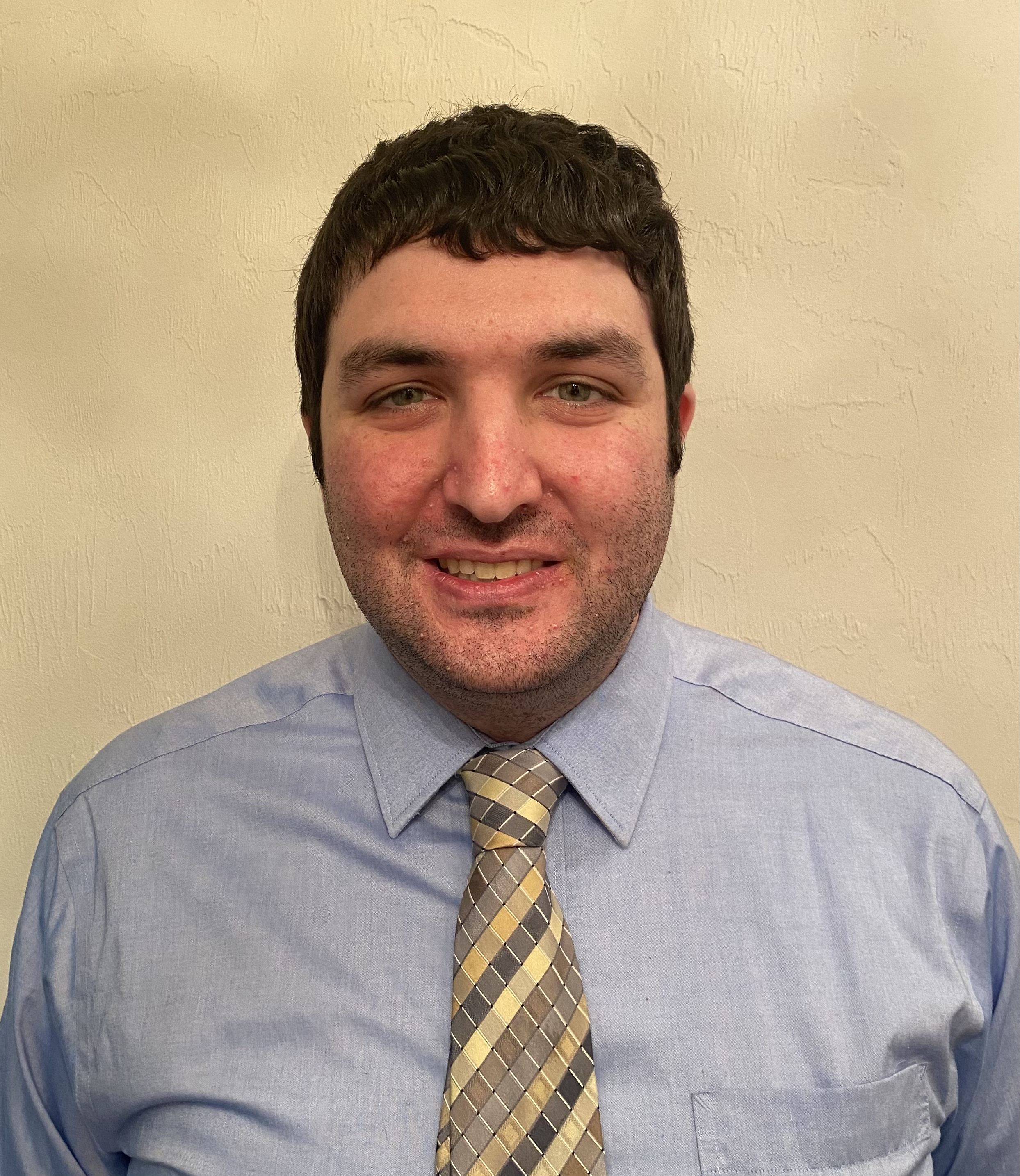 Ronnie is a third-generation jeweler who grew up in the jewelry world, working both in wholesale and retail since she could talk. She joined Wexler in 2004 to share her firsthand jewelry experience in the industry. She was born in New York and raised in Miami and is a true ocean beach girl at heart. She holds a master’s degree in Mental Health Counseling, her diverse educational background and training allow her to provide her clients with a unique and well-rounded approach. She always loves to find the solution to all problems. She enjoys life to the fullest and spoiling her two amazing munchkins. She lives by the words “Believe you can and you’re halfway there”. 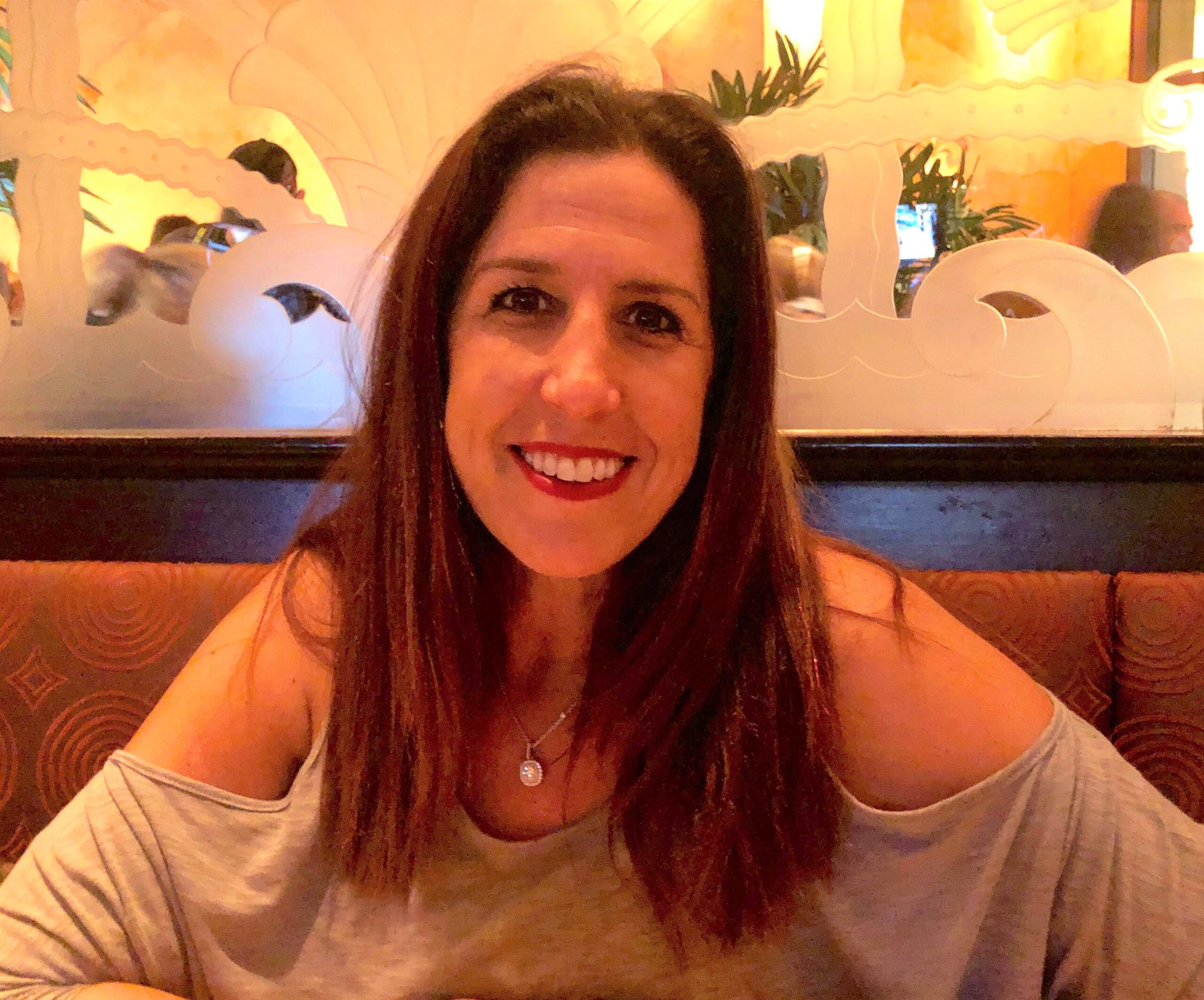 Howard was born and raised in Miami. After graduating from University of Florida in 1987, he started his career in sales working for Nestle Foods. As his roots were in the South Florida area he wanted to remain close to home. In 1996 he joined the Wexler team. Howard has spent the past 25 years learning about and understanding the nuances of the Jeweler’s Block insurance industry. He prides himself with superior customer service. He loves to spend time at the gym and in the mountains of Colorado hiking and biking. He is never far from his phone and is known to answer client calls at all hours of the day and night 7 days a week. Howard is happily married with three grown children. 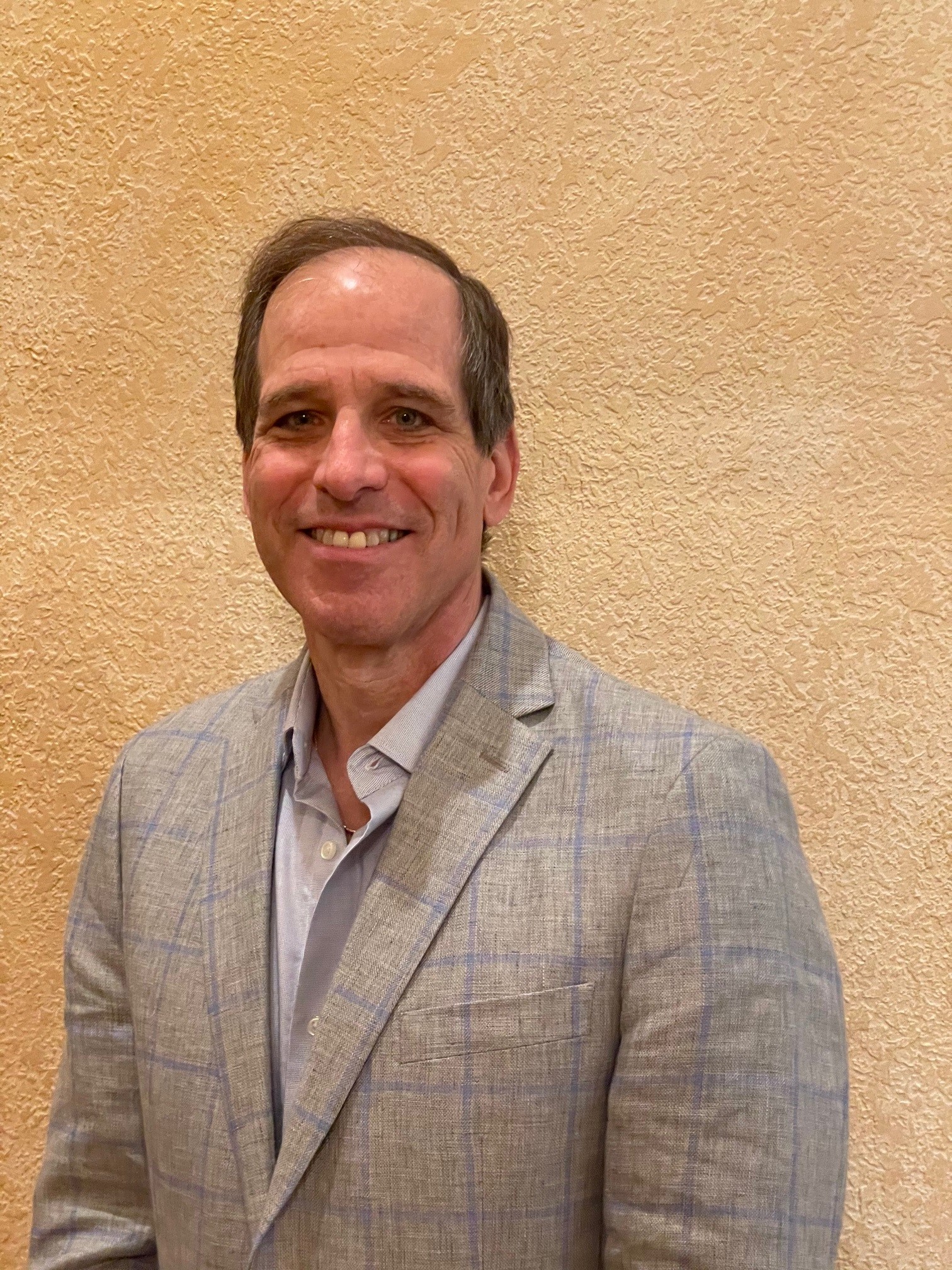 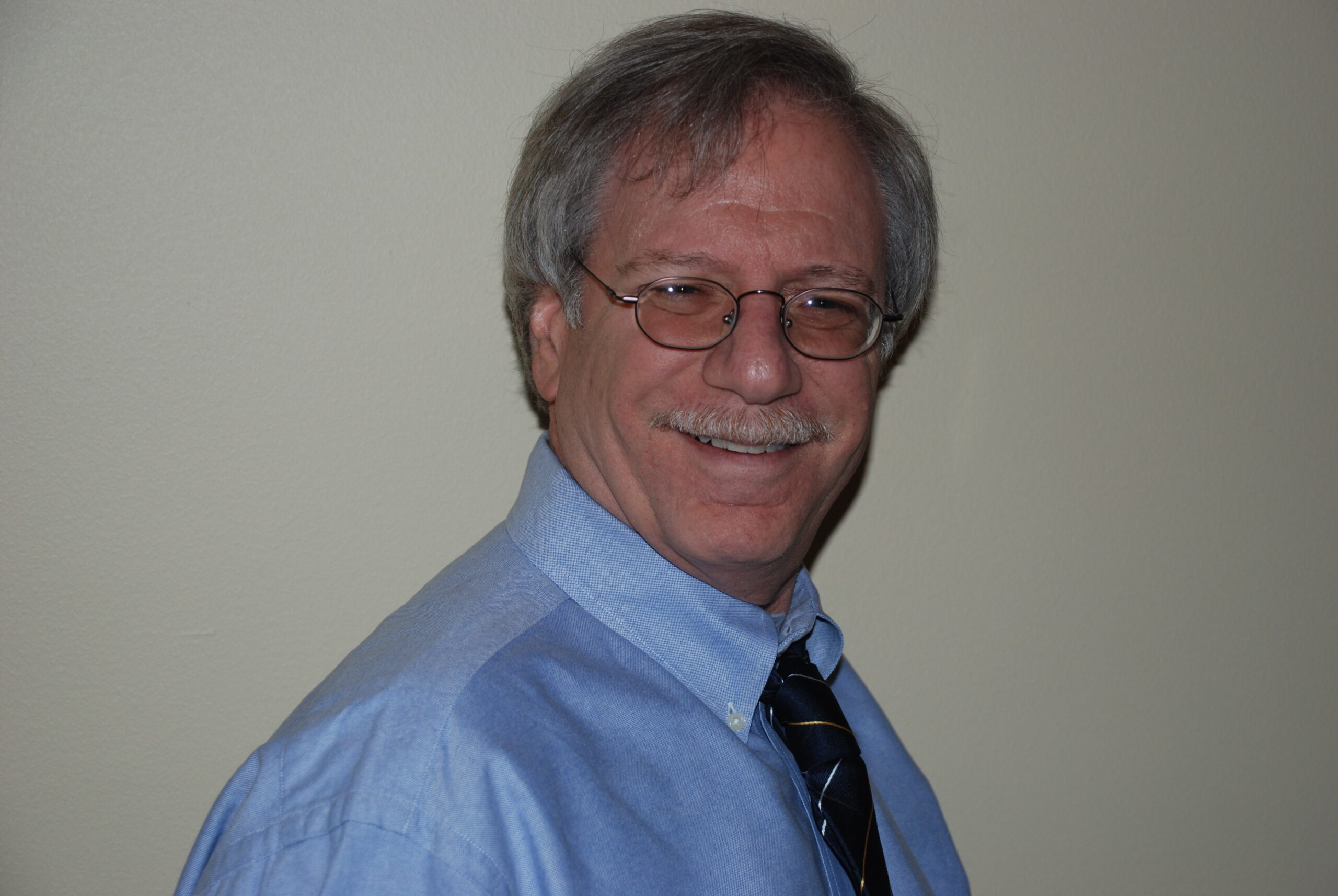 An Accountant with a master’s in business, Minelia joins us with over 10 years of experience in Insurance Accounting and Operations. Her diverse insurance background covers the areas of Health, Life, Investments and Travel and has dealt with National and International Carriers to include Europe, Asia and the Caribbean. Minelia brings valuable Carrier and Agency perspective and is a true professional who loves analytical challenges. She puts her heart into every task at hand. 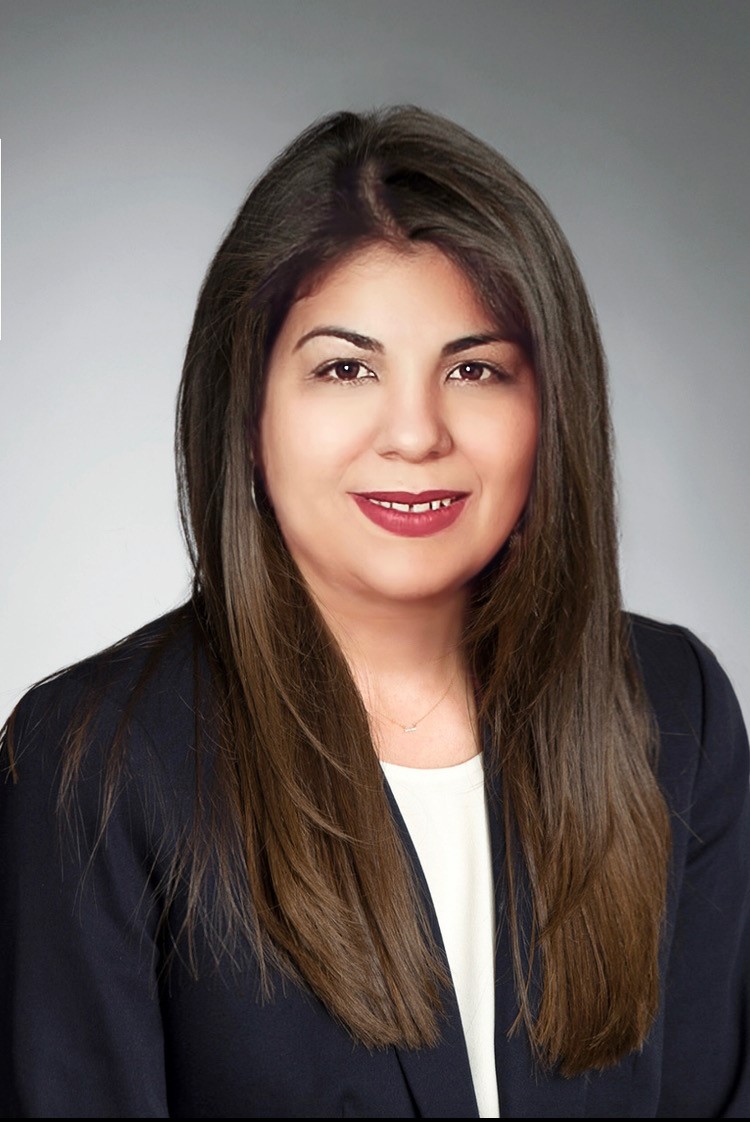 Greg started with us in early 2018, joining us all the way from Johannesburg, South Africa. He comes from a long line of insurance agents, from his grandfather to his father (and his father’s twin brother). Greg started his insurance career in 2005, specializing in transport fleet and goods in transit insurances, and then moving into the specialized area of Jewelers Block insurance in 2015. He is passionate about the service experience, and always goes the extra mile for his clients, business associates and team-mates. Greg is married and has 2 beautiful kids, and currently resides in Miami, FL.. Greg lives by his motto “Make it Happen”. 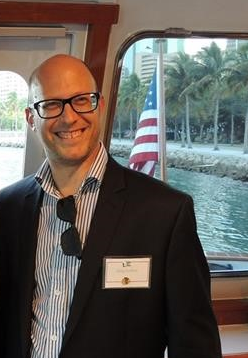